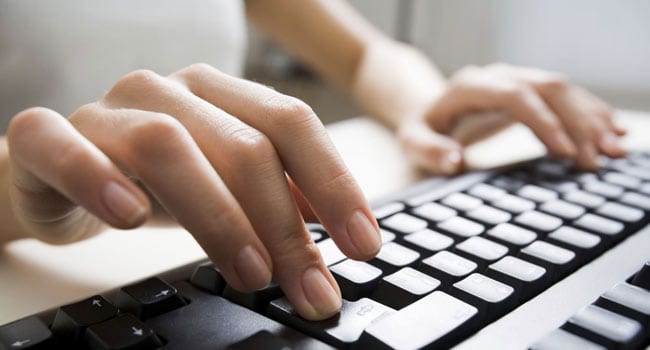 Experts from medical circles are concerned that among the operators of computers as a new type of still undetermined illness that is accompanied by a group of symptoms such as severe headache, eye irritation, allergy, irritability, lethargy and depression and what they call syndrome computer stress (SCS).

Symptoms of disease are varied and numerous. Here they are grouped based on the impact of computers on one or another part of the human body. As a rule, the presence of only one symptom is unlikely since all human organs are functionally linked:

1. Physical illness: sleepiness, excessive fatigue, persistent fatigue, headache after work, eye pain (eyeball), headache in the forehead, neck pain, pain in the lower back, pain in the thighs and legs, tingling, numbness, pain in the arms and hands, muscle tension in the upper body (neck, back, shoulders).

2. Diseases of the eyes, fatigue, feelings of pain, burning, itching, oozing and others.

3. Violations of visual perception, blurred vision of the near and long distance immediately after handling the computer (screen image impair the visual system to clearly focus), highly blurred vision throughout the day, the occurrence of double vision and more.

4. Reduced concentration and performance, which are often the result of visual disturbances; irritability during and after work and others.

Reasons for the various symptoms of SCS according to doctors are due to five main factors at work with computer:

However, the main reason for the negative influence of computer monitors, TV screens and other household appliances on their users is a torsion component of electromagnetic fields (EMF). This view shared and scientists A. V. Bobrov and V. P. Kaznacheev who claim that torsion fields (TF) are based on information interaction in biology. There is also an opinion excluding the negative factors of adverse effects can be reduced and the probability of SCS to an acceptable minimum.

Russian research Institute of work protection held a number of medical and biological studies of the impact of computers on their users. The reduced below table (1) shows the results of these studies.

Effects on the health of the user of the computer.

Effects of radiation on personal computers (PC) on human health

In connection with the mass computerization is necessary in-depth study of the effects of radiation on human and foremost on their minds. Security in computing is serious enough problem that should not be ignored even in studies of the World Health Organization and other world prestigious organizations. European Economic Community in 1992 issued a directive according to which the PC operators should be informed about the necessary security measures in some countries, such as Germany, computer operators are included in the list of the most dangerous professions.

In order to reduce the aforementioned effects of the radiation impact of (personal) computers of installed filters, to develop new models that contain liquid crystals. Special attention should be paid to radiation from computers with LCD monitors. Among PC users of opinion that laptops with LCD screens have significantly lower levels of EMF compared to traditional levels and that they are almost completely environmentally friendly. As shown by studies conducted by various organizations as “Elite” and “Cyclone-Test” (Moscow, Russia), this view is completely wrong.

The installation of certain specific filters on computers not always provide solution to this problem. A number of organizations in order to encourage the use of certificates and adapted wrong or insufficient parameters give an indication of the presence of complete protection from electromagnetic and electrostatic fields. At the same time it is known that even quality filters can capture the radiation of electromagnetic radiation only at their ground, which is a function of protective devices against adverse human health EMF, and this significantly (95-98%) prevent the passage (but does not capture) of electrical components, unlike the magnetic components, which are not altered.