Neutralize the negative impact of base stations of mobile networks – VERNADA 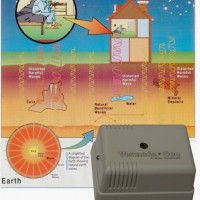 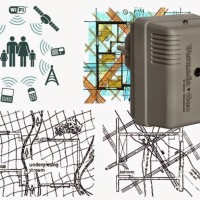 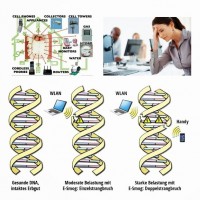 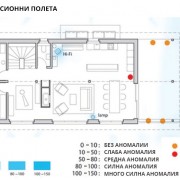 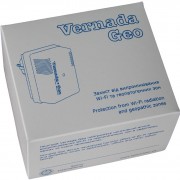 The device “Vernada Geo” offset the impact of harmful emissions on Wi-Fi systems, wireless networks, and geopathogenic areas on which there are apartments, offices and other premises, thereby protects people from the harmful effects of radiation.

The warranty period for the operation of the “Vernada Geo” device at least 7 years.

The device “Vernada Geo” offset the impact of harmful emissions on Wi-Fi systems, wireless networks, and geopathogenic areas on which there are apartments, offices and other premises, thereby protects people from the harmful effects of radiation.

The effects of Wi-Fi transmissions are inextricably linked with the development of the Internet. In attempting to connect wirelessly to the global Wi-Fi network systems are widely used. Recently, the Internet appeared numerous articles regarding the issue whether a health hazard Wi-Fi network and it says the issue is not so much about the effects of radiation, in this case not only on humans but also on trees and living systems.

Networks with no conductor irreparable damage to the health of children and adolescents. It notes that Wi-Fi operates at a frequency as a microwave. For people such frequency is not as harmless. Published were a huge number of studies which prove that Wi-Fi negatively affects mammals, particularly humans.

Among the diseases caused by Wi-Fi, most often occur: cancer, cardiovascular diseases, dementia and lower memory. In the US, the UK and Germany are increasingly giving up the use of Wi-Fi at schools, hospitals and universities.

“Vernada Geo” remove the negative impact of Wi-Fi wherever the unit is plugged in, and this power “Vernada Geo” and Wi-Fi use the same phase conduit of the grid. As mentioned earlier, when you turn the device on the network is carried inversion of the left torsion fields of phase conduction network makes the equivalent of forming new torsion makes fields and reaction on the Wi-Fi is a significant change in the level of information field that it generates in places where it is placed as a conductor, which feeds said phase conduit.

On the other hand the influence of geopathogenic zones also proved a problem that should not be overlooked, as it turns out that in the world there are sufficiently compelling statistics for diseases of people who have long stood in geopathogenic zones on Earth (GWP). These facts point to serious research, although there is a clear need to develop devices to prevent the pathogenic effects of these areas on biological systems.

The device comprises a plastic housing in which is located an inverter and detection system of networks. When the device is turned on is performed inversion of the left torsion fields in phase makes the conduit network, which leads to the formation of straight torsion fields. As a reaction to this event is a significant change in the levels of torsion broadcasts Wi-Fi and geopathogenic zones – areas in which the phase manifold is as a conductor.

“Vernada Geo” neutralize the negative effect of the Wi-Fi where the device is plugged in and charging of “Vernada Geo” and Wi-Fi out using the same phase conduit of the grid. When you turn the device to the network is done inversion of the left torsion fields of the phase conduit network makes torsion fields, which is equivalent to the formation of a new torsion right field, and the reaction on the Wi-Fi is the significant reduction in the levels of torsion fields generated by Wi-Fi in the territory in which it is located as a conduit to supply the phase conduit.

The device is made of a plastic panel in which an inverter is a system for indication of the network.

When placing the unit carried out an inversion of the left torsion field of the phase conductor of the network and turns it into law, leading to the formation of a new right torsion field, and the reaction of this process leads to substantial changes in the level of radiation Wi-Fi and geopathogenic zone places where is as a conductor said phase conduit.

Directions for use of “Vernada Geo”

The appliance must be plugged in. It is used to “phase” wire network.

The device can be included in the network any contact and any place, since its effect is distributed to all rooms of the apartment or office, provided that they are all powered by a “phase.”

Experts believe a major pathogenic zones rectangular and diagonal degree in networking. The rectangular grid is oriented towards different directions in the world. In our latitudes the distance between the wires is about two meters in north-south direction and 2.5 meters in east-west direction. The breadth of network lines is approximately 20 cm. There is information that GSAs and their intersections, flicker in cycloid for one month and shifted from its original position 1.1,5 m.

In extended stays in the unfavorable zone functions of various organs more and more upset and the man inevitably ill.

The most common diseases are:

There are some obvious signs that a person spends time in geopathogenic areas:

Unfortunately, doctors do not always connect these violations to the influence of geopathogenic zones and strive to treat patients in various ways, including adverse to human health products.

Today, the safest and easiest way to avoid the risk of serious diseases caused by the influence of left torsion fields of geopathogenic zones is once a year to change the layout of the bedroom in the apartment. It’s enough as serious violations can occur only as a result of permanent stay in geopathogenic zones.

Another reliable way to protect against the negative influence of geopathogenic areas is the use of the device “Vernada Geo”.

The warranty period for the operation of the “Vernada Geo” device at least 7 years.

Be the first to review “Vernada Geo – protection from the negative impact of Wi-Fi, and rooms placed on geopathogenic zones” Cancel reply