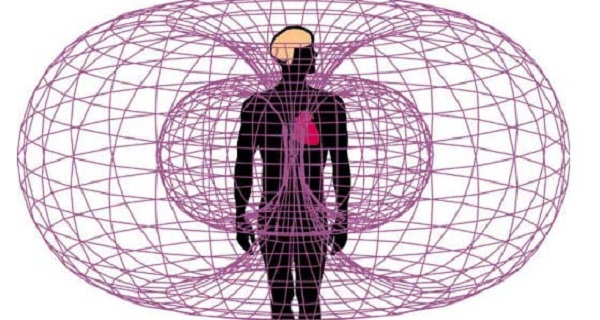 There is in the world insufficient statistics for people diseased of a long time resided in geopathogenic areas (GPA). These facts, however, require serious study to develop a device to prevent the harmful effects of these areas on biological organisms. GPAs usually begin to affect the health of the man after his continued stay in these areas. As a rule, studies in other countries are made by interviewing people who have contracted the disease after prolonged residence and establishment of the existence of such areas by the method of bilocation. Such data already accumulated significant. With the study of the impact of GPAs have addressed many researchers from different countries and specialties. Among the large number of studies in this direction, we can highlight the following:

• German geophysicist C. Fritch (“The Problem of GPAs in terms of geophysics”, 1955);

• English geologist Yohima Walter (author of “Geopatiya” incl. in the book “The Mystery of magical rod”, 1955);

• German PhD medical scientist Ernest Hartman (“The disease as a problem at the location”, 1965);

• Polish engineer Jerzy Averman (“The impact of radiation from geobiologichnite networks on health and mortality in humans depending on the location of places to sleep and stay in the field of emissions from these networks”, 1978)

• Swiss architect Matthias Mettler (“Guidance on global network arrays” in 1990) and others.

Kate Bahler – famous scientist in the field of bioenergology – more than 20 years in its intensive work was able to tour 14 countries that examined the impact of GPAs on humans. Kate Bahler able to study a total of about 11 thousand. People, of which 6 thousand adults, 3 thousand adolescents and 1.5 thousand babies. According to her, only 5% of patients are in a GPAs, were not susceptible to the disease. The pathology in people who live a long time in GPAs is expressed in a variety of diseases and deviations: from mild mental disorders to cancer, heart attacks, strokes, multiple sclerosis and others.

For major pathogenic zones specialists consider global rectangular and diagonal degree networks. Rectangular nets are oriented toward the world. In our latitudes, for example, the distance between networks is about two meters in north-south direction and 2.5 meters in east-west direction (fig. 1). The width of the lines in the grid is approximately 20 cm. There is evidence that GPAs and their intersections – or nodes, oscillate within one month its frequency cycloid, moving from its original position 1 ÷ 1,5 m. 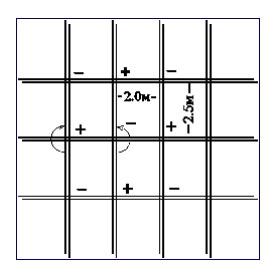 The prolonged stay of man under the influence of GPAs is negatively affecting his health. Especially dangerous is the permanent residence of people in the areas of intersection of these lines.

It is known that torsion broadcasts GPAs are two types – left and right. Experiments show that predominantly negatively affect human left torsion fields, although that residence rights in TF areas does not particularly safe. During prolonged stay in such unfavorable zone functions of various organs more and more upset, and the man inevitably ill. Most common are cancer, cardiovascular and neuro-psychiatric diseases and disorders of the musculoskeletal system.

There are some obvious signs that a person spends, such as holidays in GPAs, including: aversion to the place of residence and place to sleep, need a long time to fall asleep, sleep disturbances, anxiety, morning fatigue immediately after waking, nervousness, depression, palpitations (tachycardia), cold extremities.

Unfortunately, physicians do not always connect these functional disorders impact of GPAs and trying to heal their patients in many ways, including harmful to health products.

A person who is not taken out of the danger zone can not be cured, but the disease progresses, showing his new quality to weaken the body’s resistance. In the book of A. Skarzhinski “Closer to nature” are given the typical signs of ill health and welfare of people, depending on the location of the body while sleeping on geopathogenic network.

Much of the factual material research GPAs and their impact on human health accumulates I. N. Pavlov. In his work is brought one telling example of the consequences of GPAs, as one example indicating building, built on the site of a plant for processing gas in the city of Kiev. The five-storey building with 4 inputs is settled in 1979, and exploration, too was done in conjunction with the large number of deaths and illnesses among tenants who filed a complaint with the district administration with a request to verify the location and the very cooperative. The incorporation of biolocators Y. Suhomlinov N. Shevchenko by association “Geoprognoza” (Kiev, Ukraine) found that the building is located on a powerful GPAs of tectonic origin. In the period 1979 – 1993 held here die 52 people, a total of stroke – 16 people from cancer – 12 people from heart attack – 11 from cardiovascular diseases – 10 from other diseases – 3 people. Four people aged between 18 and 40 years old have committed suicide.

According of the World Health Organization (WHO) in socially important and common diseases are cancer, cardiovascular, rheumatic and cardiovascular diseases. The scale of this process inevitably grow simultaneously with the pace of urbanization and the growing influence of anthropogenic factors in the environment: electromagnetic fields of transport, pollution of air and water, food, etc.

Naturally, the place of residence of healthy or sick person, where he spends much of his time (for sleeping or at work), it is extremely important to him, especially if it is in such a hostile area. This is detrimental to the health, as provokes dysfunctions, accelerates the development of the inflammatory process, leading to distortion of the energy envelope (bio-field) of the body and as a result, more severe disease – various forms of cancer, disorders of the coronary and cerebral blood flow, polyarthritis, multiple sclerosis.

According to a number of famous foreign and local research scientists as E. Koop, J. B Markondes, T. Navroki, VP Kaznacheev, A. P. Dubrov, V. A. Tsibko, P. Frelih, V. T. Prokhorov and others more than 50% of the total number of registered people with cancer, cardiovascular and joint diseases are related to their stay in the zones before (GPА).

The employees of the center “Equator” (Russian Federation, Omsk, direct. A. Kosov) and the Ministry OGMA conduct surveys of 56 sick people. With a confirmed diagnosis of cancer in the third or fourth stages are 51 people, and 5 people with uncorrected during the study diagnosis. After obtaining consent from the patient and his relatives, investigators went to the place where the patients reside throughout most of their time to make the necessary measurements. 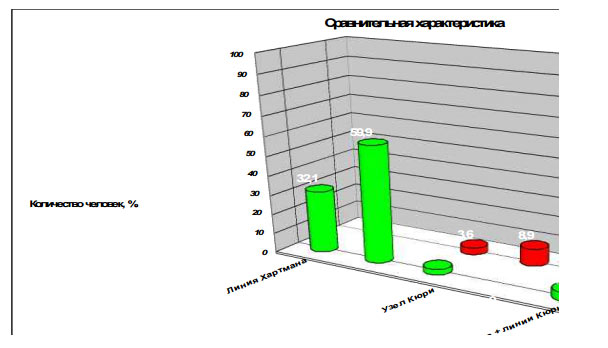 Geopathogenic areas (GPAs) appear powerful nonspecific factor whose impact leads to serious violations of various levels of regulation of organs and body systems as a whole. The prolonged stay of man in GPAs, averaging between 5 and 7 years may lead to the development of cancer in different places in the body, as well as abnormalities in cerebral and coronary circulation. It slows recovery processes, increases procedure complications and recurrence after treatment.

For the most dangerous should be considered residence in the projection of the dual node Hartmann and Cure (23%), wherein the oncological disease can occur in the period of 4-5 years, and even earlier.

This is the most common structural view of a GPAs, in the presence of which appear cancer in 64% of cases. Mandatory condition for the occurrence of cancer is to find that part of GPAs where lines intersect, or node of Cure.

Isolation of the influence of knots Hartmann and Cure does not lead to development of serious pathological processes, as is clear from the comparison in the graph. The data it convincingly proven causal relationships between GPAs and oncological diseases.